How do we get the skills we need to meet our future needs?

New Zealand is growing and changing fast. We need a workforce that grows and changes with it.

The stage is set

Technology and events like COVID-19 and climate change are changing the nature of the work we do and how we do it. COVID-19 has resulted in a lot more people working from home, and our need to shift to a zero-carbon future will create and change many jobs.

At the same time, our infrastructure and construction industries urgently need skilled people to plan, design, manage and build the infrastructure that we need to support growth and to help meet our net-zero carbon emissions goals.

These challenges provide an opportunity, and the stage is set for us to grow a new workforce. This new workforce is more skilled in designing low-emissions infrastructure, in decision-making capability and in the use of data and digital technology. And it has greater diversity amongst management, project and professional roles, with more Māori and Pacific peoples and more women. 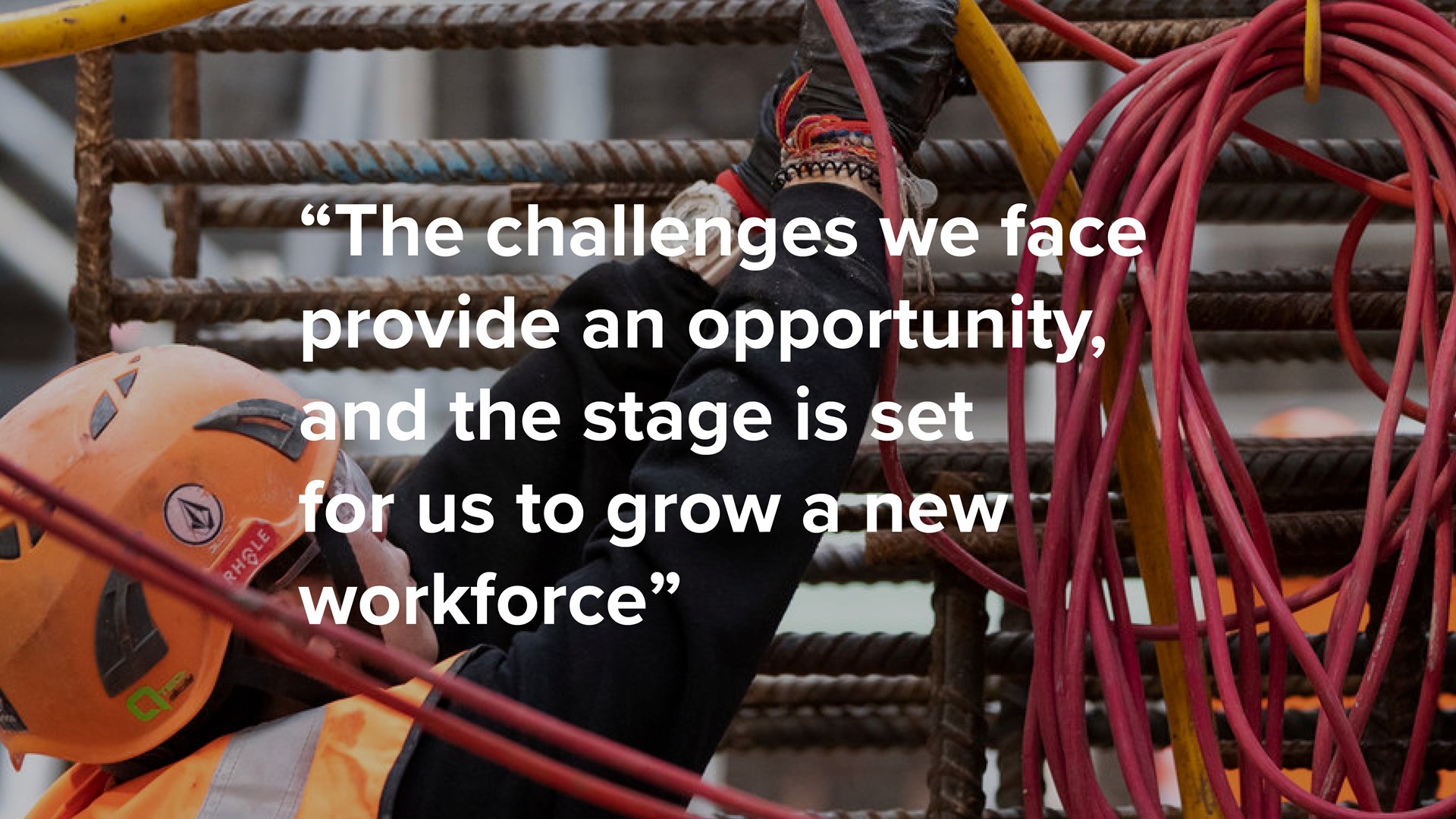 Between the 2013 and 2018 censuses, the number of Māori, Asian and Pacific people rose as a proportion of the usually resident population. These trends are expected to continue, with the Asian ethnic groups projected to reach 1.2 to 1.4 million in 2038, and the Pacific ethnic group expected to rise to between 530,000 and 650,000.

An ageing, more ethnically diverse population means our workforce will change. Not only that, but infrastructure use will also be affected. We will require new roads, improved public transport systems and water systems for growing cities, freight and port infrastructure for growing economic activity, and trade and telecommunications infrastructure to connect us to each other and to the rest of the world.

"We will require new roads, improved public transport systems and water systems for growing cities, freight and port infrastructure for growing economic activity, and trade and telecommunications infrastructure to connect us to each other and to the rest of the world." 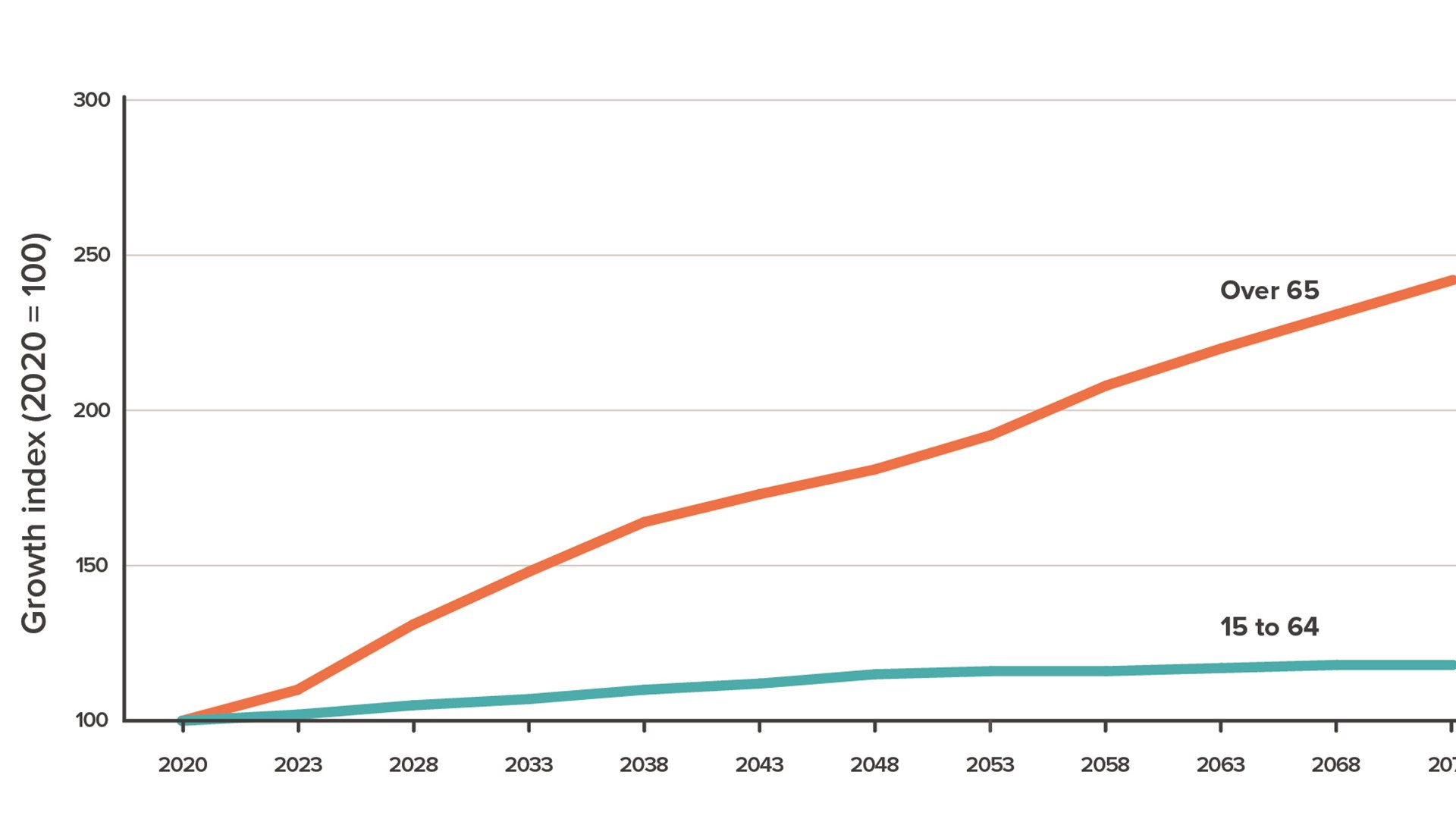 Who will do the doing?

Already we’re struggling to find the people we need to plan, build and maintain the infrastructure we need for the population we have now. The number of construction companies saying that it’s hard to find labour is the highest it’s been since this was first recorded in the 1970s.

It’s clear that there is a need to grow our infrastructure workforce if the country and economy are going to grow too. This means greater training and education. Government, industry and the education sector will need to work together to offer this training, with a strong focus on the skills we’re going to need. Retraining people will also be an important part of solving this challenge.

"It’s clear that there is a need to grow our infrastructure workforce if the country and economy is going to grow too. This means greater training and education."

Government will need to upskill itself. It’s the largest procurer of infrastructure and is responsible for managing and delivering many projects countrywide. There’s an opportunity to build common skills across agencies and give people more chances to develop in this field, improving the government’s role in planning and designing infrastructure across the board.

There’s also a need to give the industry more certainty about the work ahead. Our history of boom and bust cycles of construction doesn’t encourage businesses to invest in staff for the long term or in innovation that could help with productivity.

What do you think is the key to getting people to work in the infrastructure sector?

We’ve always been in trans-Tasman competition for skilled workers and materials, and even more so now. We need to remove what barriers we can and build the skills we need in New Zealand as much as we are able.

Making our procurement processes, codes, materials standards, and practices more aligned with those of Australia will help to attract their materials and workforce skills. More internationally consistent standards and practices will also make it easier for overseas firms to play a part and for New Zealand to make more use of international products for building infrastructure.

Improving the health and wellbeing record of our construction sector will make this work and our projects more attractive. 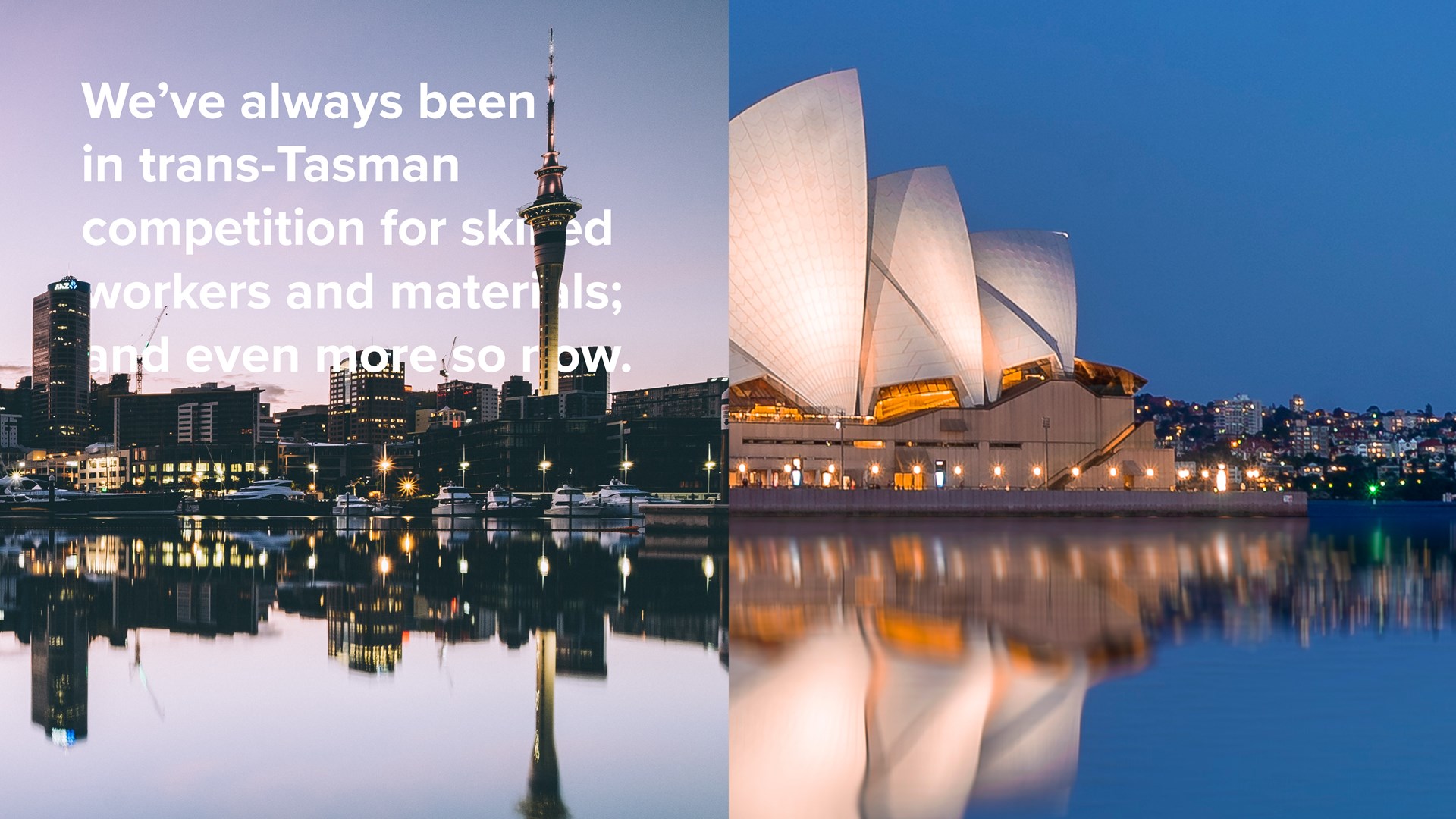 Embracing diversity is a part of the solution

Our infrastructure and construction industries lack diversity. Research has shown that employers can be reluctant to hire women and that, when they do, working conditions are often not very inclusive. While many Māori and Pacific peoples are employed in construction, they are not progressing into management, engineering and other parts of the industry.

Not only is solving this diversity challenge the right thing to do, it can help us grow the workforce New Zealand will need, drawing on a wider pool of talent and giving all New Zealanders opportunities to play their part in building a better Aotearoa.

Some of the changes we’ll need to make

Unless we grow our infrastructure workforce we’re going to struggle to keep up with our needs. It’s clear that our current system is struggling, and change is needed.

The New Zealand Infrastructure Strategy explores some of these changes, and these include:

The solutions to the issues we face have often been shown to work here and overseas. These case studies are an example to learn from.

Women in Trades, Ministry for Women

A 2020 survey of the construction sector commissioned by the Ministry for Women on women entering trades found that many women suffered from negative employer perceptions that have been barriers to finding work.

A 2011 review found that only one-third of major public infrastructure projects in the United Kingdom were delivered to time, budget, or met quality expectations.

What do you think is the key to getting people to work in the infrastructure sector?

Our recommendations to get the right skills

Strengthen government as a sophisticated client of infrastructure

Accelerate the digitalisation of infrastructure

Provide certainty to industry to invest in skills and training development